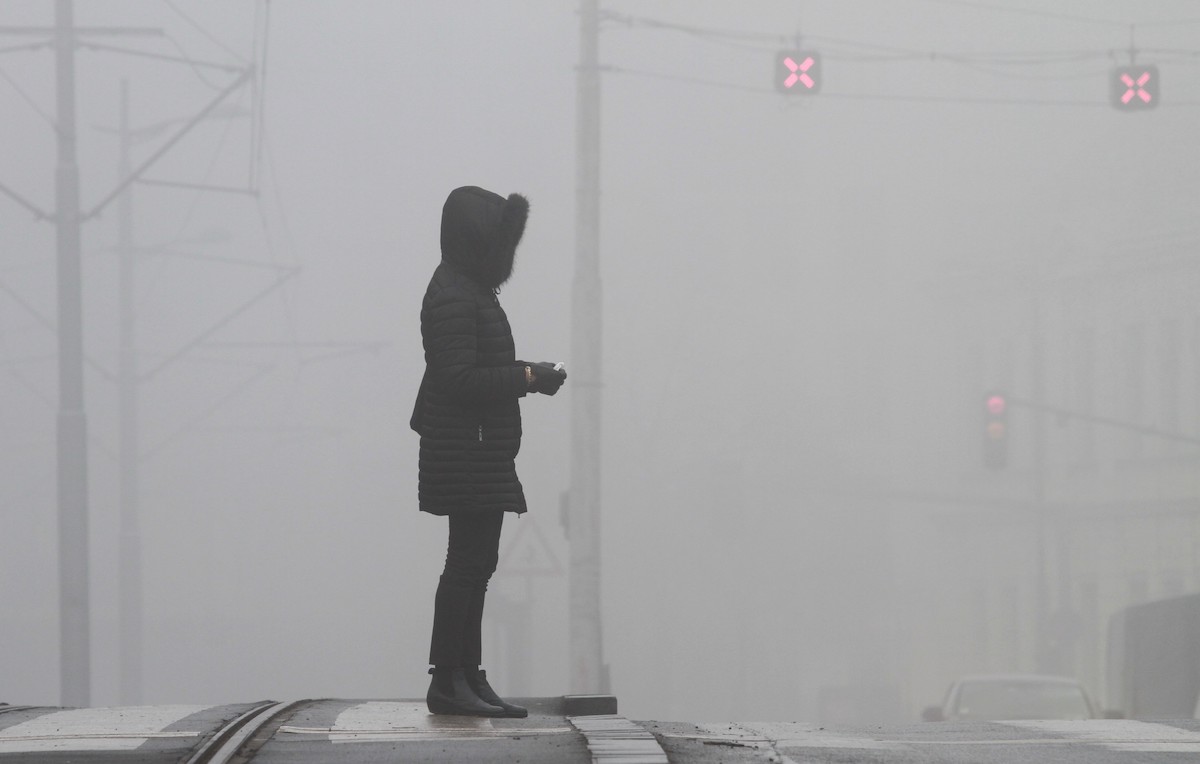 Hjem > Chinese investment puts a cloud over the Balkans

Beijing’s coal power investments in the region have nearly tripled since 2016, raising many questions

Balkan skies are often thick with smoke this time of year, as the winter cold drives locals to the fireside, while ramping up demand from the region’s often-aging power stations.

Many of these work on one major fuel source, too – coal – while many were also built by firms from a country thousands of kilometers away: China.

In Serbia, the capacity of China’s coal power investments has nearly tripled since 2016, while in Bosnia it has nearly doubled, according to VedvarendeEnergi figures.

One major reason for this success is that nowadays, increasingly strict European and international environmental controls have ruled out many of China’s competitors.

As a result, for many in the Balkans, China has become the only game in town when it comes to using local coal to boost power generation.

Yet, this expansion now places Beijing – and those regional governments that have signed up with it – on a collision course with the EU’s increasingly strict environmental agenda.

Meanwhile, too, the thick, unhealthy smog continues. It “certainly gives the air a taste,” says Miloslav Jegic, a student in the Serbian capital of Belgrade.

His city is not the worst in the region, either. That “honor” fell to neighboring Bulgaria this year, which topped the charts for the worst air pollution in Europe. This was followed closely by Bosnia and Herzegovina (BiH), with all three regularly busting through the World Health Organisation “safe level” guidelines.

Arguably, then, the Balkans should therefore be the highest priority for Europe when it comes to promoting clean energy – and indeed, earlier this year, the EU and prospective regional EU members like BiH and Serbia committed to the Green Agenda for the Western Balkans.

This aims to shift power generation to renewable sources and links to a target of zero carbon emissions by 2050.

Earlier, too, the same Balkan states had also signed up to the Energy Community – a body charged with overseeing the harmonization of energy policy between EU candidate countries and the EU itself.

This has all put increasing pressure on “king coal” in countries like BiH and Serbia.

“Decarbonization means that coal-fired generation needs to be phased out,” Dirk Buschle, Deputy Director of the Energy Community Secretariat, told Asia Times. “Countries dominated by electricity generation from coal, therefore, need to take some important decisions, and they should take them now.”

How these decisions are being taken, however, is raising questions around the region.

On the one hand, there are concerns about the role of Beijing in Balkan energy plans.

“When nearly all multilateral lenders and key lending countries have either pulled out or are considering suspending financing coal, you have to ask yourself, why is China still doing it?” says Wang.

On the other hand, there are also growing concerns about the role of the EU.

“In the Energy Community Secretariat, we have an unelected agency, without any democratic or judicial control or oversight, operating with no transparency, bullying countries like Bosnia in the apparent name of EU integration,” says Belgrade-based lawyer Bogdan Gecic.

He is now representing the BiH government in a legal defense of its largest investment project since the 1970s – the Tuzla 7 coal-fired power station.

The Bosnian authorities have commissioned a US$1.1 billion expansion of this aging facility, with China’s Gezhouba winning the contract to build a 450 Megawatt (MW) unit, back in 2014.

In 2017, China’s Eximbank then signed a financing deal for the unit with the BiH government.

Part of this financing deal also involved the Bosnian government issuing a 100% financial guarantee for the project.

This, however, set off alarms at the Energy Community Secretariat, which issued a warning to BiH authorities that this guarantee had likely broken EU rules on state aid.

A final decision on this by the Energy Community’s highest authority, its Ministerial Council, is now pending.

The Bosnian authorities, meanwhile, hotly dispute that the guarantee breaks the rules, a position backed up by a recent report from independent consultancy Copenhagen Economics.

They also argue that the power station expansion is vital to meet future energy needs and to replace outdated and highly polluting units at the plant with newer, cleaner generation.

If Bosnia is found to have broken EU state aid laws, however, it could then face stiff penalties.

For Buschle, “Energy Community countries have agreed to take on and implement EU law in the same way as it would be applied in EU countries. BiH consented to adhere to this rule, too.”

For Gecic and others, though, this demonstrates a major case of EU overreach.

“The secretariat is an administrative body set up to monitor transition to EU energy laws,” he says, “and not to issue its own policy decisions.”

“It’s generally killing enthusiasm for the EU in the region,” Gecic adds.

“The funding from China is a loan, not a grant,” points out Wang, “with the repayment details often kept secret. So you have to ask, is it worth it? Governments should also consider the health and environmental costs, plus the fact that with a target of decarbonization by 2050, you could end up with a stranded asset.”

Yet, coal is also a politically powerful industry throughout the region.

“The local energy conglomerates that extract coal, distribute and generate power are some of the most politically deep-seated organizations in the Western Balkans,” says James Thornley, an independent consultant in Belgrade.

For the moment, those interests have found common cause with China’s push to expand its energy investments in the region.

Yet, “Chinese funders would readily support renewable energy projects,” says Malus, but “Bosnian officials insist on channeling financing to the coal sector. Thus, an unfortunate combination of local politicians and Chinese state-owned enterprises prevents the country from an overdue transition to renewable energy.”

Time will tell how that relationship plays out, under the growing pressure of EU regulations.

“Only a concerted effort targeting both domestic coal production and Chinese coal financing, alongside properly funded mitigation and transition programs, might persuade the Balkans to leave lignite in the ground,” adds Malus. The place, he adds, “where it belongs.” 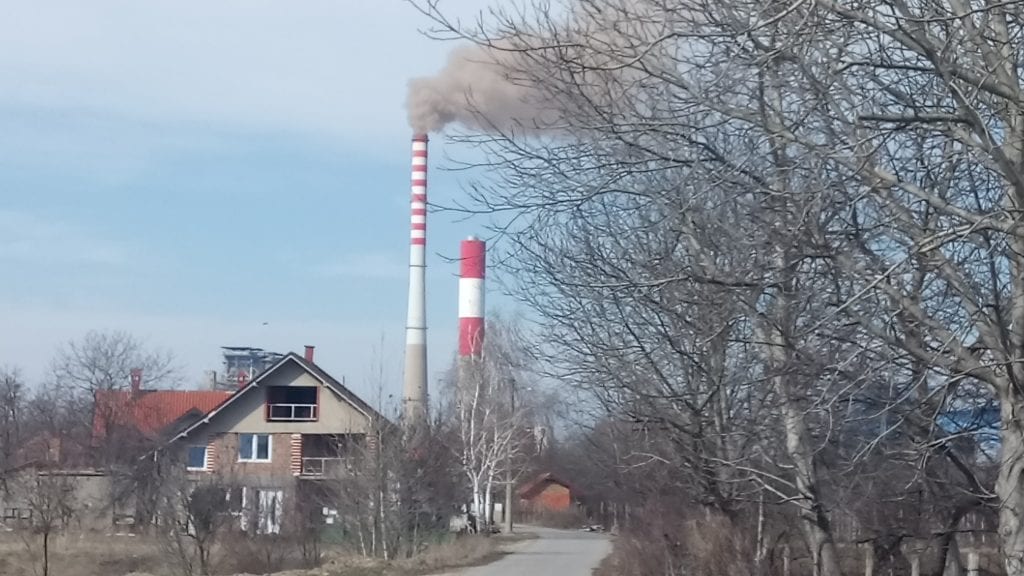